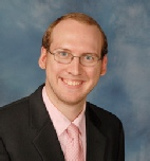 Stephen Gourley, a native of Goldsboro, North Carolina, holds degrees from the University of North Texas and the North Carolina School of the Arts. His teachers have included Jesse Eschbach, Jack Mitchener, Erica Johnson, Christoph Hammer, Antoinette Anglin and Dianne Finan. While at North Texas, Stephen held a teaching assistantship in the choral department and served as accompanist for Chamber Choir and Concert Choir. In 2010 Stephen was elected to Pi Kappa Lambda, the National Music Honor Society. Recently, Stephen was selected as Organ Scholar for the Royal School of Church Music Carolina Course, which takes place in July 2013.

Stephen has played in master-classes for world-famous artists such as Olivier Latry, Richard Elliott, Todd Wilson, Jonathan Biggers and Carole Terry. He has served as organist and accompanist for various workshops and services for the Fellowship of United Methodists in Music and Worship Arts and the Annual Conference of the United Methodist Church. He has also played programs for several chapters of the American Guild of Organists in North Carolina. While in North Carolina, he frequently performed on the historic David Tannenburg organ at the Old Salem Visitor’s Center in Winston-Salem. The son of a church musician, Stephen has been playing for churches since the age of 14.

Stephen is currently Organist/Choirmaster at the Episcopal Church of the Annunciation in Lewisville, TX where he oversees all aspects of the music program, including conducting the Adult Choir and Chamber Singers, and serving as principal organist for all worship services, totaling about 130 services yearly. In 2011, he composed the Annunciation Mass, a new setting of the Rite II text, in celebration of Annunciation’s 50th anniversary.

Recent and upcoming engagements include concerts with the Lewisville Civic Chorale (TX), a performance of Giovanni Pergolesi’s Stabat Mater, and duo programs with professional baritone Timothy Bergan in Texas and trumpeter Alex Rodiek in North Carolina.