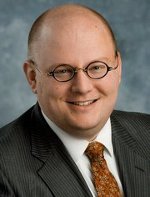 Robert P. Ridgell, one of America’s highly acclaimed church musicians is the Director of Music of the historic Cathedral of Saint Paul in the Twin Cities. Prior to this appointment, Mr. Ridgell was Organist and Director of Music Education of Trinity Wall Street, New York. He has held positions in cathedrals and churches throughout the United States including the Cathedral of the Madeleine, Salt Lake City and the Cathedral Church of the Savior, Philadelphia.

A native of Charlotte, North Carolina, Mr. Ridgell began his organ study with David M. Lowry then attended Indiana University School of Music (Bloomington) where he studied with Marilyn Keiser graduating with a Bachelor of Music degree. Mr. Ridgell graduated from Westminster Choir College in Princeton with his Master of Music degree where he studied with Stefan Engels and in 2004, Mr. Ridgell studied organ improvisation in Germany during which time he was a finalist in the American Guild of Organists National Competition in Organ Improvisation. He is currently a candidate for the Doctor of Musical Arts degree from Rutgers University where he studies with Antonius Bittmann and Mark Trautman.

In great demand as an organ recitalist, workshop leader, and choral conductor, Mr. Ridgell has been a featured artist for the 2002 Winter Olympics, the 2005 National Convention of the Association of Pastoral Musicians, the 2006 National Convention of the American Guild of Organists, the 2007 Tribeca Film Festival (New York) and Spoleto Festival (Charleston, SC). Mr. Ridgell has toured throughout North America, Europe, and Asia offering concerts and lectures specializing in liturgical music, youth choir training, community music initiatives and improvisation. He is the author of several articles published by Liturgical Press and Church Publishing. Mr. Ridgell can be seen as the “Organist” in the 2008 release of the Miramax film – “Doubt” featuring Meryl Streep and Philip Seymour Hoffman, directed by John Patrick Shanley.

As a music educator, Mr. Ridgell has been involved with the Royal School of Church Music for over 20 years. Together with Gregory Glenn and Msgr. Francis Mannion, he helped build the choral foundation of the Madeleine Choir School in Salt Lake City, the only co-educational Roman Catholic choir school in the United States. In 2004 he founded the Princeton Girlchoir Alumnae Cantores. He has prepared choristers for performances with the San Francisco Opera, the Mormon Tabernacle Choir, Frederica von Stade, Robert Redford, and EMI Records. From 2006-2007, Mr. Ridgell was the Artistic Director of the Archdiocese of Philadelphia’s Bicentennial Concert Orchestra and Chorus with over 400 students. In New York City, Mr. Ridgell founded the Trinity Youth Chorus in 2005. Since then, this community-based youth choir program has grown to over 200 choristers and is one of the leading youth choir/community music programs in revitalized Lower Manhattan.